Utilizing Oral Histories in the Classroom 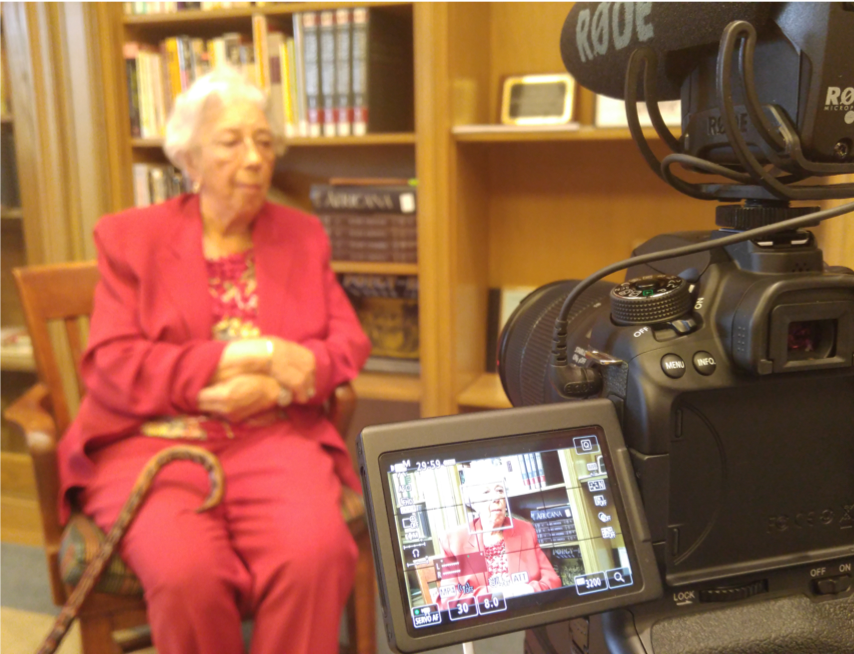 In her TED Talk “The danger of a single story,” Chimamanda Ngozi Adichie states that the flattening, dehumanizing effect of a single story is extricable from the concept of power. Of stories, she says, “How they are told, who tells them, when they're told, how many stories are told, are really dependent on power. Power is the ability not just to tell the story of another person, but to make it the definitive story of that person.”  By conducting oral histories, students help center the power of storytelling upon the individual, and that power swells by the multiplicity of the stories being told.

In past years, my students collected family members’ oral accounts of immigrating to the United States, and shared these accounts with our school community as part of a unit of study exploring the purposes and effects of immigration. Students were inspired, moved, and at times, shocked, as they unearthed their own histories, histories many of them had no idea about. This year, our curriculum begins with a unit on the history of New York City. We will frame this unit through the concept of resistance, bringing us to the contemporary movement to defund the NYPD. Our school is situated down the street from City Hall and One Police Plaza, where students bear witness to daily protest. Students will collect accounts from activists, protestors, and officials in their study of current resistance movements, while engaging with primary documents and oral histories in their study of past movements. Students will be responsible for developing questions, researching their interview subjects, learning the appropriate technology, and creating a plan to share their final products with the school and/or larger community. This exploration will weave in literacy and critical thinking skills that are relevant to all parts of the curriculum.

It is easy to get mired in logistics when navigating the many moving parts of reopening school during a pandemic, but the Teachers in the Movement Institute was a stirring call to action, embodying the power of Sankofa -- by looking to the past, we are galvanized in the present.